A north Pembrokeshire farmer has appeared before Haverfordwest magistrates court on January 3rd, accused of failing to stop his tractor after a road accident – charges in which he denies. Haydn Williams of Pontfaen, previously pleaded not guilty to the charge, along with not guilty pleas for two other charges; failing to report the accident to police and driving the vehicle without due care and attention.

The Road Traffic Act of 1998 states quite clearly that it is the ‘Duty of driver to stop, report accident and give information or documents.’ Driving without due care and attention carries a penalty of either a disqualification, or between 3 and 9 points on your license. You can also be faced with a fine up to £2,500 depending on the nature of the incident. 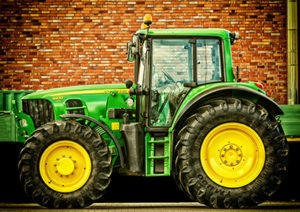 May 19th 2018, 64-year old Phillip Withers was cycling along the Wolfscastle to Tufton road with a group of approximately 20 other cyclists. “The road was very narrow and the hedges on the side were very steep, very close to the edge of the road” said Mr Withers. He slowed down due to there being a tractor in the road ahead. Other cyclists managed to manoeuvre through the small gap to the left-hand side of the road, but the tractor kept going, which meant Mr Withers was unable to turn in time – it was like a game of roulette! As he leaned into the hedge, he heard the tractor driver shout; “Get Back!”

The hay rake attached to the back of the tractor was wider than the tractor itself and pinned Mr Wither’s leg against his bike causing him injury – but the tractor driver drove away as if nothing had happened.

Lucie Stoker, defending, questioned the layout of the lane in which Mr Withers and the other cyclists had used. She said Williams remembered getting out of the vehicle and shouted to the cyclists to move back toward a layby further down the road. Stoker explained that her client was unable to reverse backward due to another farm vehicle and a 4×4, who were taking up the layby and farm entrance behind the tractor.

The court also heard from two other cyclists from the day as well as from PC Simon Butler, who explained that he had visited Williams (the tractor driver) after the incident to take a statement; finding him in a nearby field working in the tractor.

The trial will continue on Thursday, February 7th at Haverfordwest Magistrates Court.